Sharing videos on the internet is becoming easier and more common everyday.  The smartphone era has not only put an HD video camera into the pockets of millions of users, but also allowed those same users to stay connected to the web 24/7, meaning taking and sharing videos online is easier than ever.  For most people, this means posting a video of the family dog, or sharing some footage of the fireworks show from the 4th of July.  For businesses, however, it can be a much more powerful tool.  Imagine being able to create and share product demos, instructional videos, or even an on-the-fly commercial all from your own smartphone, and instantly share it with your followers on Facebook, twitter, etc. This concept has given rise to several video-sharing apps designed specifically for your phone.  These apps are designed to streamline the video sharing process and reach as many potential viewers as possible, literally with the click of one button.  Apps like Socialcam and Viddy have risen to the top of this new category of video apps, and have become a familiar sight on most Facebook news feeds and twitter streams. It goes without saying that these apps can be incredibly useful for those who wish to share videos on the web.  However, they should (but not surprisingly, do not) come with a strong warning about privacy.  As some unfortunate users have had to find out the hard way, Socialcam and other video sharing apps have a tendency to think for themselves, so to speak.  Some might even call them intrusive or pushy based on how they are initially programmed to work. For example, one cannot even download the app without first linking it to either their facebook or twitter account, or an email address.  While this is quite common with social apps, and in theory beneficial in that it allows easy sharing across all of your social networking platforms, the kicker is that in order to link to an account, the user is forced to agree to allow Socialcam to post on their behalf. This means that upon downloading, the user gives Socialcam the right to post stories, comments, videos, etc, on their personal wall.  While to most people this is a minor nuisance,  to others the idea of giving up control over what goes on their wall is a disturbing concept.  For example, businesses that wish to use the app to increase their web presence may not like the idea of not being fully in control over what appears under their company name on Facebook or twitter.  The same can be said for personal users who might want a little more control over what is sent out to their family and friends (or for that matter, strangers) on the web. Not only can Socialcam post things on your facebook wall by itself, but it will also update all of your friends and followers with every action you take using it.  This means every time you take a video, it goes out to the world.  Every time  you watch a video, your online community gets an update.  As some unfortunate users have found out firsthand, this could make for an embarrassing situation with disastrous potential.  Its not too hard to imagine the kinds of personal information that could accidentally be leaked to the world by a user unfamiliar with the app and its tendency to share… everything.  Even the videos you watch online could potentially have an unintentional impact on your web identity.  For example, regardless of how much the video entitled “Security Guard gets Eaten by Giant Snake” may peak your interest, its safe to assume that you probably don’t want that video associated with your business, or for that matter, your personal facebook account.  However, if your curiosity does get the better of you, you’d better believe that everyone you know is going to be notified. So, its safe to say that at the very least, Socialcam and other video sharing apps come with a built in mild invasion of personal privacy.  Naturally, this means we should abandon the whole idea of video sharing, and go back to the simpler times of writing letters to our friends and family describing in excruciating detail how pretty the fireworks were on the 4th, only to slap a stamp on it and send it off on a cross country journey on the back of a pony.  Right?  Well, that might not be necessary (or practical), because while Socialcam clearly wants some level of control over how you use it, the settings are slightly customizable, and while the default settings built into the app might be setting you up for disaster, they can be changed to be slightly more conservative in regards to what you share with the world. You can start by signing up for Socialcam using an email address instead of linking to your facebook or twitter account. This will prevent Socialcam from being able to post on your behalf. However, if you eventually do wish to share a video on facebook or twitter you will have to link your accounts anyways, so this might not be the most practical option.  What you will most likely want to do is customize your social sharing settings to a level you are comfortable with.  You can do this by touching the settings icon in the Socialcam app (it looks like a little gear), and then proceeding to the “social sharing” tab.  From here, you can customize your sharing settings so that every video you shoot does not end up somewhere out on the web for all to see.  Finally, simply be smart with what you shoot.  If you don’t want a particular image to be seen online, its probably best that you don’t point the camera at it in the first place. With these precautionary measures in place, its probably safe to start experimenting with Socialcam and shooting/sharing some video! 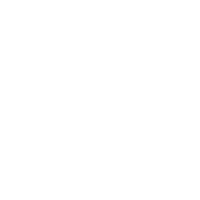